I want to pretend that these strawberries came from my garden. 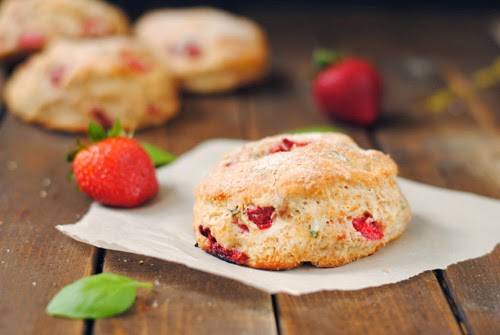 But my new (and very adorable) strawberry plant is currently struggling against an onslaught of ants, a couple aphids, and my never-ending neglect.

Sad, but no less true. 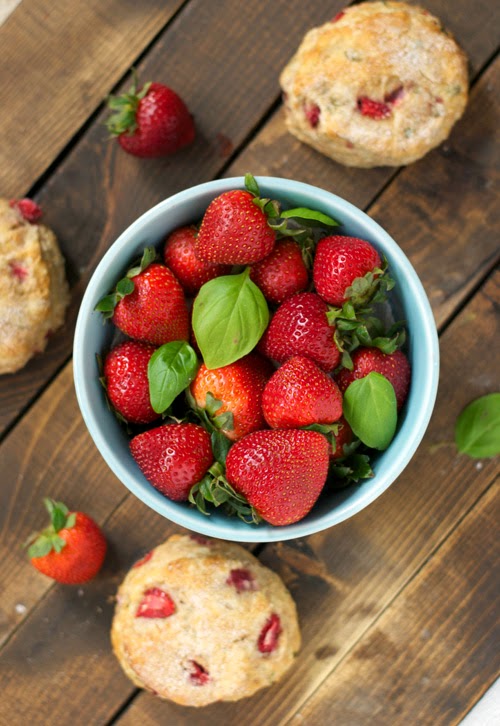 So while I come up with watering schedules (leaving it to my much more reliable child), and natural pest solutions, store strawberries suffice.

These bright red beauties are from a real farm nearby, with people who actually know what they're doing. But the basil? Well, I grew that myself, and it makes a perfectly tasty companion in these delicious low-fat scones. 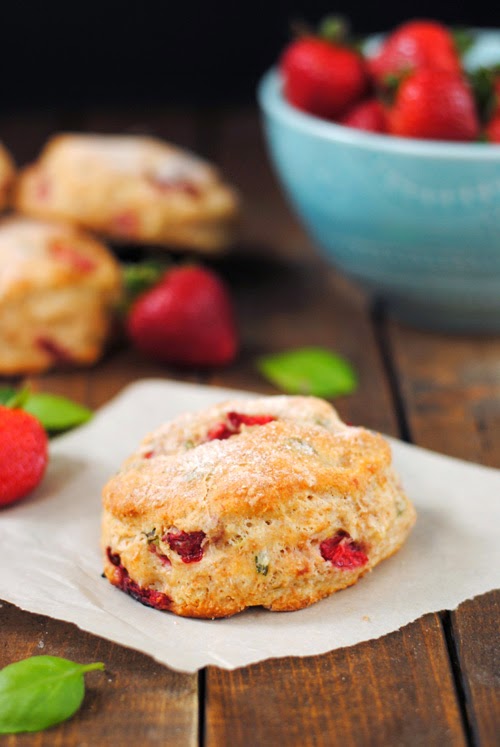 Read more »
Posted by Leanne at 9:48 PM Links to this post

I know I've said it before, but breakfast is totally my jam. 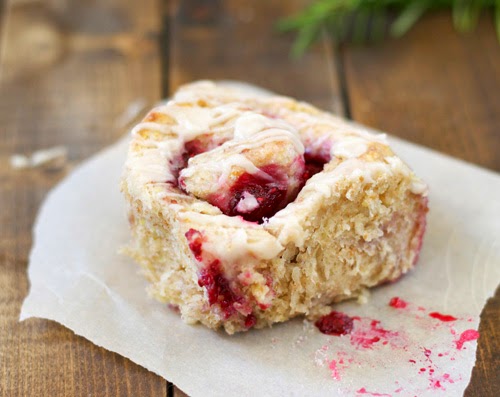 I would join breakfast committees. I would hold meetings in support of the day's fairest meal. I would lobby for the advancement of breakfast.

Okay, maybe except instead of advancement, it would really be just wanting pancakes and sausages and stuff. So it would be more of a "in support of traditional breakfast" type thing, but also in support of every other breakfast, and maybe mandating that breakfast always happens. I don't know. The details can be worked out later.

(On that note, anyone fellow bloggers want to form a breakfast club?) 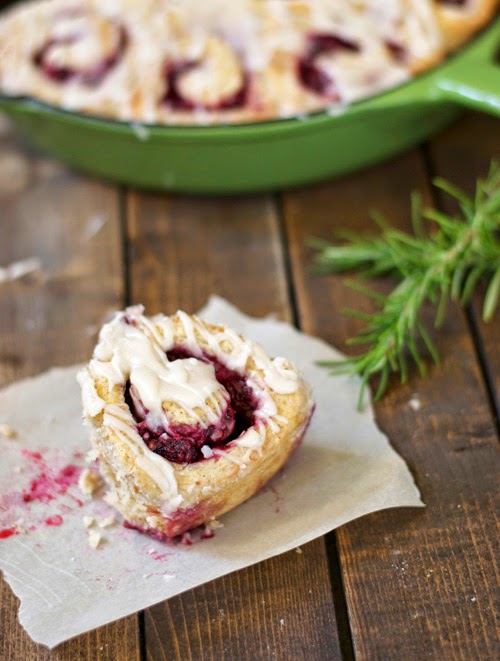 One detail that doesn't need to be worked out is that dessert for breakfast is awesome. Especially when it just tastes like a warm cinnamon bun, but is packed full of fruit and other deliciousness instead. Enter these Breakfast Raspberry Rolls, which fit the bill perfectly.

Baked in a skillet, drizzled with a warm vanilla glaze, and a light yet filling centre full of berries and a hint of lemon.

If you didn't love breakfast before, you will now.

Read more »
Posted by Leanne at 8:19 PM Links to this post