If how I spent my days were left completely up to me, I'd be on the couch in my underwear eating cupcakes and marathoning a bunch of crap on Netflix all the time. 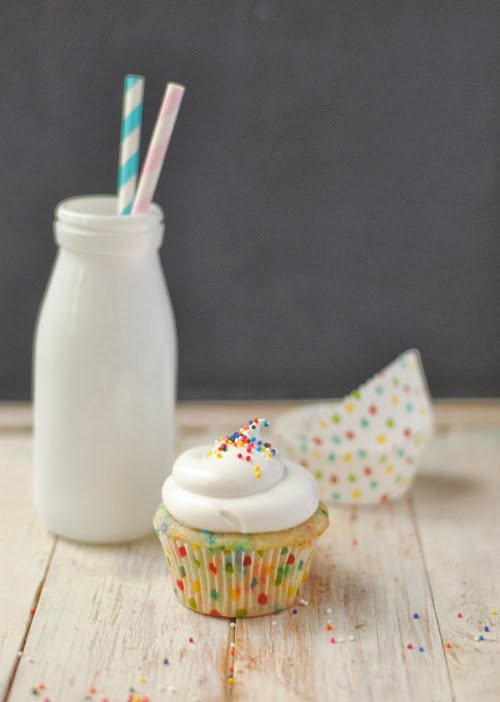 But alas, I have all sorts of responsibilities, like clients and a family, that require me to put on pants and go outside every now and again.

River Monsters and Extreme Cheapskates sometimes have to wait. 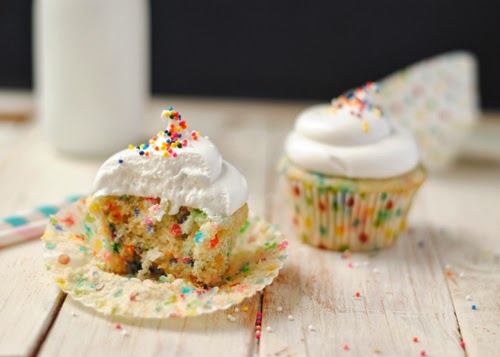 Because I'm not a completely lazy sloth/human hybrid (I swear), I baked my friends a cake for a little night of light drinking we were having recently. Since one of my besties is allergic to dairy, I had to come up with an icing that won't kill her or me -- and this dairy and gluten free variation of seven minute frosting was born. As a true testament to how delicious and fluffy and marshmallowy it is, all I had left at the end of the night was a sad carcass of a cake to drag back home with me because we ate all the icing off of it.

So go on, make yourself a batch and have a couch lounge. But no Hart of Dixie or House of Lies spoilers, mmkay?

Directions
Preheat oven to 325 degrees. Line a standard cupcake pan or two with paper liners (the cuter the better) and set aside.

In the bowl of an electric mixer fitted with the paddle attachment, sift flours, sugar, baking powder, and salt until combined. Add butter, mixing until resembling small pebbles.

In a small bowl, whisk together eggs, milk, and vanilla. Add wet ingredients to dry in three parts, scraping down sides of bowl before each addition. Fold in sprinkles with a spatula or wooden spoon.

Fill each cupcake liner about 2/3 full, and bake for 17 to 20 minutes. Allow to cool before frosting.

Directions
Combine 1/2 cup of the water with the sugar and honey (if using), in a small pot. Bring to a boil over medium high heat, stirring frequently, and set aside to cool slightly.

While the sugar mixture is cooling, combing the remaining 1/2 cup of water and the meringue powder in the bowl of a stand mixer (or using a hand-held electric mixer). Beat on high until stiff peaks form.

Gently pour the slightly-less-warm sugar mixture into the meringue mixture while beating on low. Switch the mixer to high and beat the crap out of it until slightly stiff peaks form. Mix in the vanilla, and you're done!

Pipe the icing onto the cupcakes using a 1A round tip (the bigger the better), and top with sprinkles.

These cupcakes keep for 2 days, covered, at room temperature.