Time can change a lot of things. 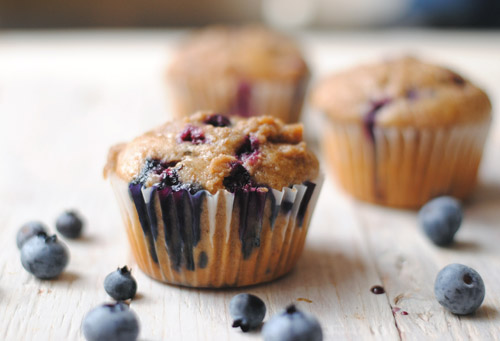 It can make the people we used to date look like complete fools, it can make our youth look so much sweeter than we ever knew it was, and it can make our former photography skills look, um, less than desirable.

I lovelovelove looking back on my old posts, but I tend to cringe when I see the pictures I took (as I'm sure I'll do in a few years again). So instead of wallowing in my regret, I've decided to remake and retake old recipes. I'll be visiting some of the favourite recipes I've made, snapping new pictures, and updating recipes notes for a new and improved archive.

Oh yeah -- I'll actually be adding them to the recipe catalogue, too! 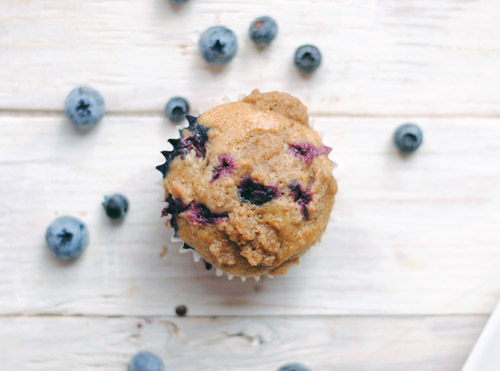 The first recipe is Blueberry Crumb Muffins, originally posted way back in June 2010. I switched up a few things in this recipe, mainly cutting back the sugar and using fresh blueberries from my parents' garden.

Check out the new and improved recipe and photos!
Posted by Leanne at 10:09 PM

The Side Dish: How Does Your Garden Grow?

I have a confession. 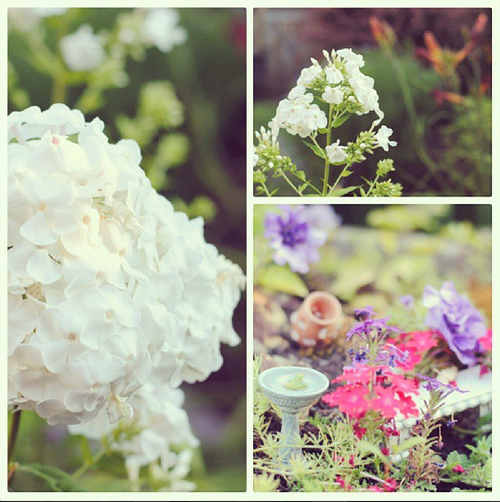 Like, all the time. Not for fun, of course, but just because I can't seem to do anything else to them. The lone exception is this one cactus that has kept on trucking for the past few years, despite my sporadic bursts of water and affection. He's a real champ.

Unlike my herb garden here, which was lovingly gifted my way from my mom (thanks, Mom! Sorry, Mom!) in perfect, healthy condition. We lived in harmony for several weeks, until my true plant-slaying nature shone through. 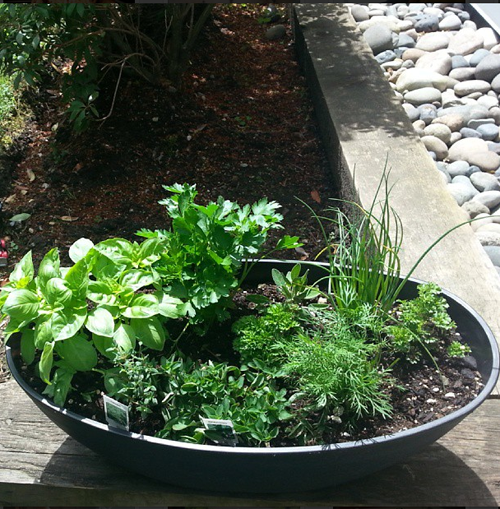 I'm not really sure where things began to take a turn for the worst. Maybe it was the bugs that ate all the basil. Maybe it was the italian parsley that grew at abnormal rates. Or maybe it was that I forgot to water it, because when you live in a climate that snaps from every day rain to every day sun in the blink of an eye, it can be a strange adjustment. Like when I straighten my hair and forget that straight hair needs to be brushed, so it just sort of puffs and tangles from neglect.

Regardless of where I lay the blame (it's on me, hands down), this is the garden now. 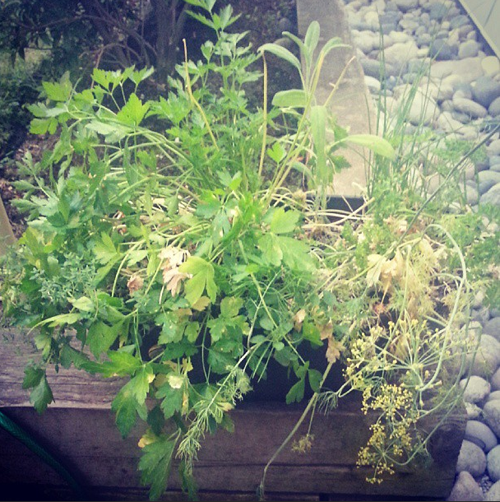 I don't even know what I'm forgetting to water anymore. Is it weeds? What's the yellow flower thing wilting alongside the browned parsley? Why did some grow strong while others succumbed? If I eat it will I die? Nature leaves this city girl with so many questions.

So this is the part where I humbly ask for your help... what can I do to get this little herb nest back into shape? More water? More pulling out of the things? I've already started to pluck out some of the brown bits, and although some little spiders were very unhappy with their extreme home makeover, at least it isn't as much of an eye sore.

Want to keep tabs on my garden progress? Join me on Instagram!

Email ThisBlogThis!Share to TwitterShare to FacebookShare to Pinterest
Labels: garden party, gardening, help me rhonda, herbs, i suck, off topic, plants, the side dish

I want to pretend that this granola is worth getting out of bed for in the morning. 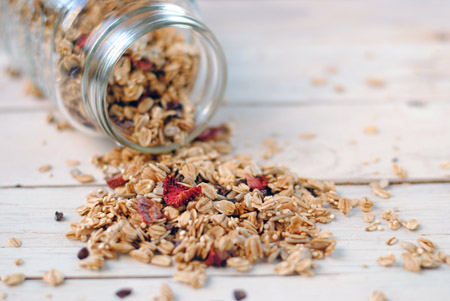 But, frankly, there's not a whole lot that can motivate me to crawl out from under the cool sheets except for summer camp start times and giant cups of coffee. But once that's all said and done, and the boy is off having fun for the day and I'm fully caffeinated, I'm finally able to appreciate this granola in all its glory.

I'm not a huge fan of raisins -- nature's little cavity makers -- so I opted for dried strawberries and cocoa nibs instead, and holy moly, aren't I glad I did. And there are no nuts as per usual since my epi-pen just expired. You can add in all the nuts you'd like, though! The greatest thing about this recipe is how utterly forgiving it is. 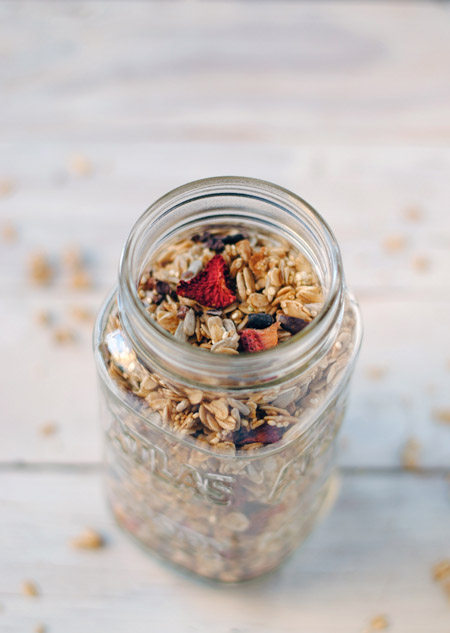 This morning I ate the last of it while watching the window washers scale down the high rise next door. Could you do that job? I don't think I could do that job. I've jumped out of airplanes, but something about being suspended at the mercy of potentially incompetent coworkers while I scrub glass clean enough for birds to smush into again five minutes later doesn't appeal much to me.

I used to live in that building on the 26th floor -- yes, I moved to the low rise next door and if I look way, way up I can see my old apartment. I remember when the window washers would come, bouncing and dripping soap past my window, and how weird it was to see things and people so high up with me. My feet on solid ground and everything else floating or suspended. Like when bees would fly into my suite, and I'd wonder what they were possibly doing there when the plants were about, oh some 20 plus floors down.

But now I'm back on the ground, in the land of spiders and less adventurous bees and delicious granola that can be eaten while lazing around in my little yard, looking up at a view that I miss. 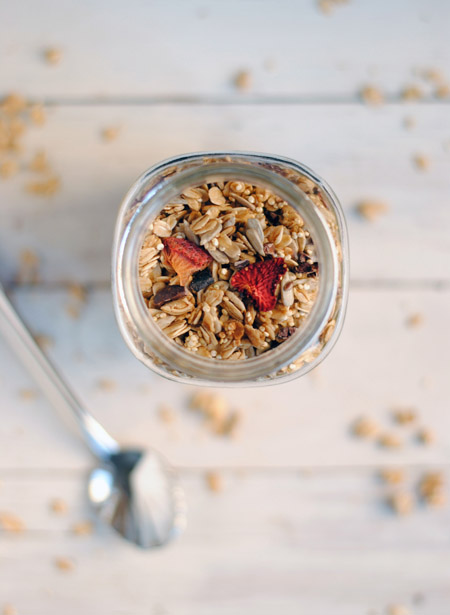 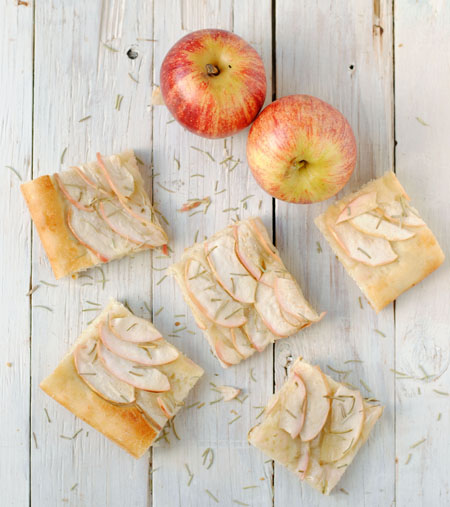 The boy has been watching a lot of Power Rangers lately. Do you know that show? It's the old one from way back in my childhood where teens in colour-coded spandex suits battle poorly designed robots and monsters led by a group of over-acting villains.

When I was just a few years older than the boy, at 9, I had a pretty intense leg operation. My tibia bones were super wonky and had to be smushed up and reshaped so I could keep walking past my teen years. The surgery was a success, I guess, but the recovery was long and painful as my bones regrew and I learned, very slowly, how to walk again.

But you know the one thing I remember the most about that time? Not when the circulation was cut off in one leg and I had days of painful cramping before they nearly had to amputate it. Not having intense and nausea-inducing rehabilitation. And not the humiliation of having to go to the bathroom in a bedpan. 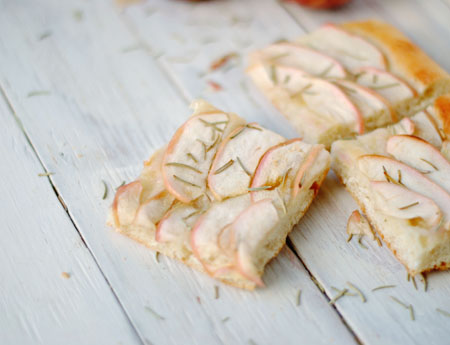 We shared a two person room, and she was recovering from some sort of kidney operation because, in the words of her mother, she held her pee for too long too often. Her mother would always remind me to go to the bathroom, but I assured her my catheter would take care of everything, but thanks for the concern over any lack of common sense I may possess.

The room was a drab mix of taupe and beige -- a stark contrast to the bright halls of the Children's Hospital, and I was in the furthest bed next to the window. I was stuck in bed on account of having plaster legs, so entertainment and scenery was limited. I got a break a few times a day when I was wheeled around the hospital to chew grape-flavoured Children's Tylenol in excess amounts.

But there was a TV. A glorious, crappy little TV that swung out between the beds to provide fuzzy, discoloured entertainment for the both of us. It only had a few channels, but you know what my pee-holding roomie always managed to find on it? Power Rangers. And no matter how much I complained, begged, and pleaded, or pointed out how I was confined to the bed and maybe, just maybe, she could go for a walk or something, Power Rangers played on.

I didn't understand the appeal of Power Rangers. They literally won every single battle they ever got in. No matter the villain, no matter how evil and weird the space robot was that plotted their destruction, there was no suspense because you knew at the end of the day they'd be back at their clubhouse having snacks. Roomie argued it was about the journey, the excitement of the fights that lured her in. I guess I was more of a big picture kinda kid, because through every episode I prayed for it to end while I tried to squeeze more drugs out of my morphine drip.


We only shared a room for a few days, and soon I was moved to a different one with three girls -- one who's fate completely breaks my heart to this day -- and I never again had to endure another episode of Power Rangers until a few weeks ago. So it goes. 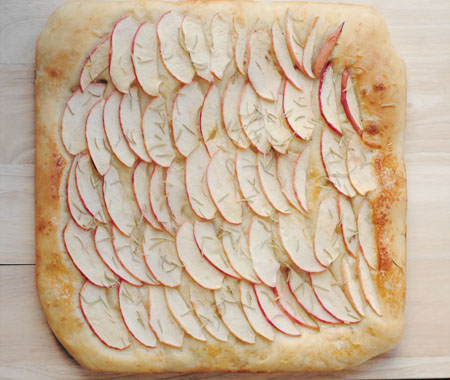 But life has a funny way of working out sometimes, because as the Power Rangers made a triumphant return to my life, I created one of my favourite recipes to date. This apple, rosemary, and olive oil flatbread has a sourdough base, and a subtly sweet topping. It's a bit crunchy, a bit chewy, and somehow not a gross combination of the two. The base is a bit of effort, but is definitely worth it.
Read more »
Posted by Leanne at 2:18 PM

This is seven layers of banana cream pie inspired goodness. 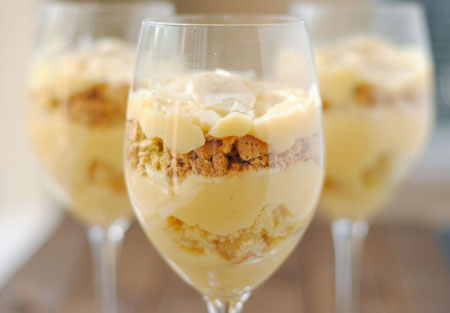 We've got pudding, we've got bananas, we've got cake and graham crackers and a whole lotta yeeessss. I let the boy have a taste of this dessert before dinner, and when it was time to bring it out he cuddled up next to the man on the couch and whispered in his best, most serious, most hushed tone (this kid is LOUD) "I have something to tell you about tonight's dessert... it's AMAZING."

He must have been right, because three glasses were eaten by bed.

It's always awesome when people like what you make, and it's even more awesome when you manage to sneak some fruit in there. Okay, I don't actually care about the fruit part. I'm just here for the ego boost. 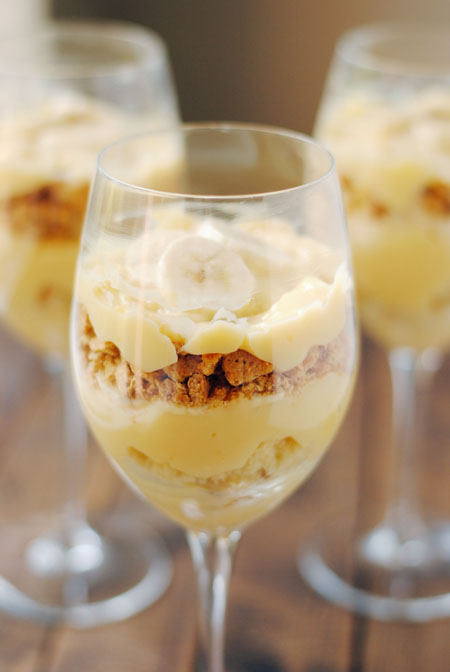 Now, down to the details. Like I said, this is seven layers of banana cream pie inspired goodness. There's no whipped cream because, in all honesty, I don't like it. But you can add a dollop or ten on top if that's what you're into. I dished this into fairly giant (and cheap) wine glasses, and it made three of them. I then proceeded to break two of those glasses today while cleaning then. BUT if you're using smaller cups/dishes or even a giant trifle bowl, your dessert mileage may vary.

It all comes together to form a delicious banana cream pie trifle, full of different flavours and texture to keep you interested the whole way through.