Is it possible to have too much of a good thing? 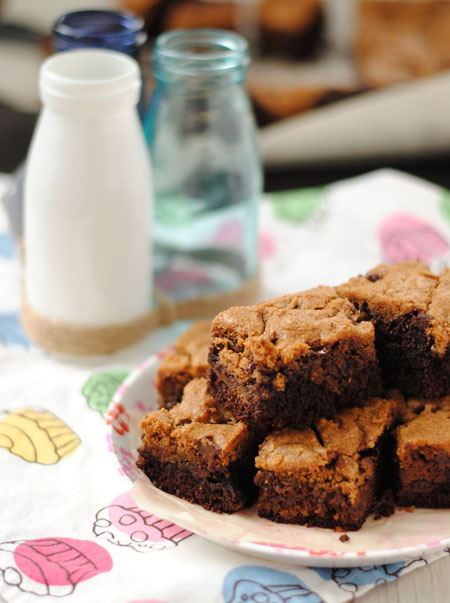 No. No there is not. Especially when it comes to combining desserts in one.

Yesterday on Facebook I called this creation the mullet of desserts. It's brownies on the bottom and cookies on the top, packing the ultimate dessert punch. Crunchy, chewy, gooey - these chocolate chip cookie brownie bars seriously has it all. 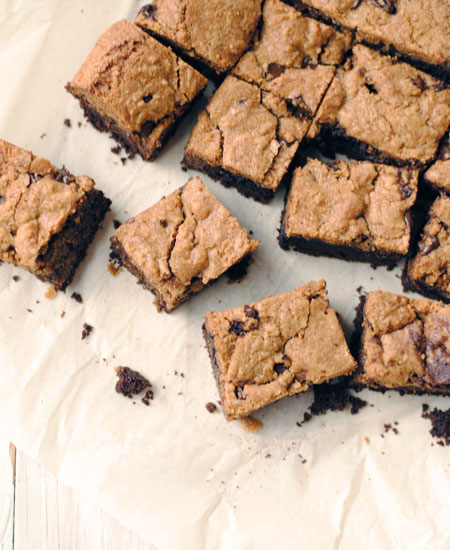 I always like to see who gets more excited about what I bake - man vs boy - and I thought the boy would definitely take the cake on excitement over these. Surprisingly though, it was the man who nearly lost his shit seeing two of his favourite desserts mashed into one. I can't blame him though, because um, I felt the exact same way while making them. 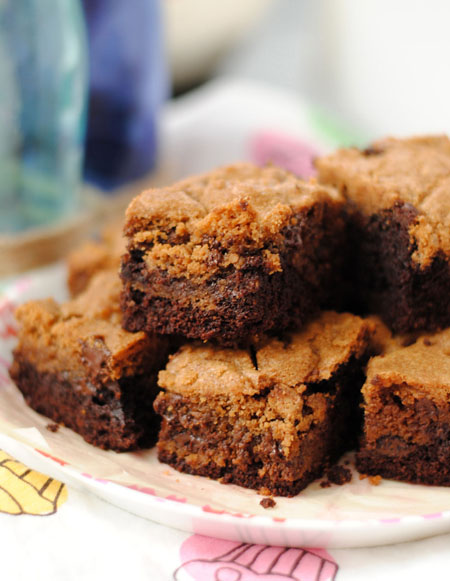 Who do you think would enjoy these the most in your family?

Directions:
Start preheating the oven to 350F, and greasing a 9x13 pan. I like to cover my pan with parchment for easy dessert removal.

First make the brownies. In the bowl of a stand mixer, mix the first five ingredients until the batter is glossy. Mix in next three ingredients until well combined. Pour into the greased pan, and let it sit there and think about what it’s done while you make the cookies.

For the cookies, sift together the flour, baking soda and salt in a medium bowl; set aside.

In a large bowl, cream together the melted butter, brown sugar and white sugar until well blended. Beat in the vanilla, egg, and egg yolk until light and creamy. Mix in the sifted ingredients until just blended. Stir in the chocolate chips by hand using a wooden spoon.

Drop cookie dough onto the brownie batter. Don’t worry too much about creating an even layer. It’ll all work out.