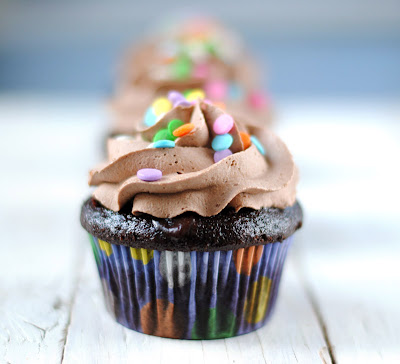 Okay, so that's not always true. Vanilla frosting on chocolate cake (or vice versa) is a pretty awesome pairing - but it's not this. No, nothing is quite this. 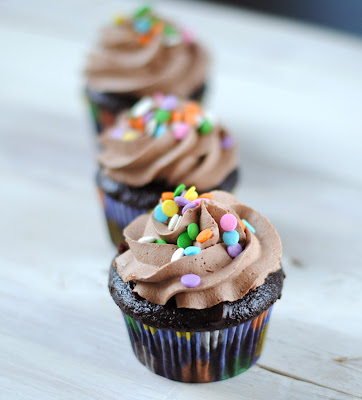 A rich chocolate cupcake, filled with chocolate pudding, and topped with a sweet chocolate buttercream. In case that sounds overwhelming, the pudding actually cuts down some of the sweetness and breaks up the texture nicely. 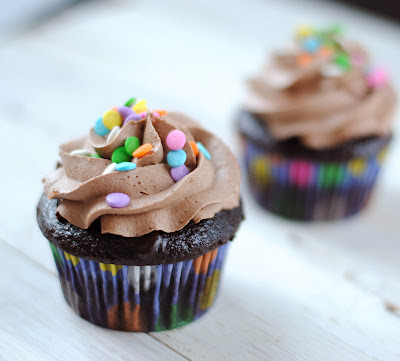 It's hard to think these are the favourite dessert of someone who once, as a little girl, politely declined all the chocolate bars as she trick-or-treated during her first Halloween. How far we've come. 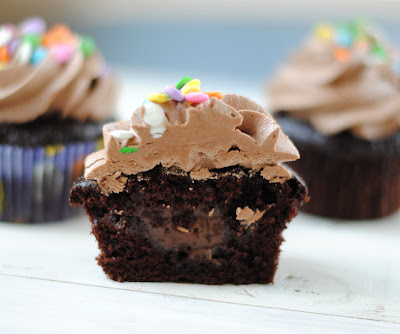 For the pudding, I usually use this easy chocolate pudding recipe. But you can feel free to use a mix if that's easier!

Directions:
Preheat oven to 350F and grease or line your muffin tin.

In a large bowl, combine the cocoa, flour, sugar, baking soda, baking powder, and salt. Add the eggs, water, buttermilk, and vanilla, and mix until the lumps are gone, scraping the bowl as you go along. I usually just use a mixer, because I'm lazy.

Pour the batter into the muffin tins, filling about 3/4 full, and bake for 20-25 minutes, or until a toothpick pulls out clean.

Let cool. To fill with pudding (recipe linked above), slice off a circle in the top of the cupcake, much like you would when removing the top of a pumpkin for carving. Plop some pudding into the hole, and press the cupcake lid back down. Easy!

Directions:
Whip butter in bowl of a stand mixer.

If icing is too thick, add a tsp of milk or cream at a time until it softens.