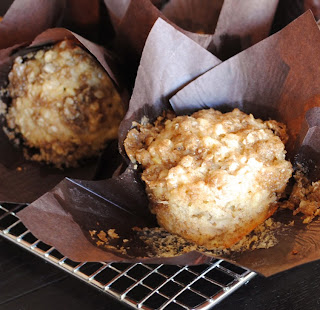 Well, sort of.  This is the second time I have made these muffins.  The first I declared a flop-- almost a right-into-the-garbage flop. They were lifeless and dry, almost rubbery.  Instead of wasting them, or suffering through eating them myself, I disposed of them at my parents house, moved on, and hoped to just forget.  But two nights later when I was visiting, praying no one would mention the atrocity I had pawned off on them a few days earlier, my brother told me they were, and I quote, the best muffins he had ever had.
After initially dismissing his opinion as that of a baked good rube, I considered the possibility that he was onto something.  Upon further inspection, I figured muffins were still a bit rubbery, but the flavour was on the right track.  So I attempted again, making a few more adjustments, and voila, brother and I could agree on supreme muffin awesomeness. 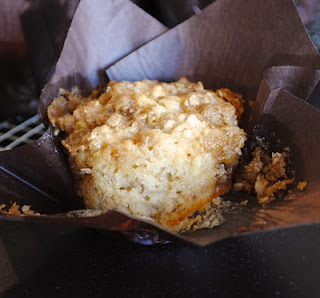 Sometimes, you just have to keep trying.


And although not baking, this has been posted by a few friends on FB, and I think it's worthy of passing on to you all...