Today my little boy turns 4. My little boy who, for all of his little life, and with no prompting from his carnivorous family, has refused to eat meat (with the exception of the odd homemade chicken nugget) because "it makes animals feed bad". My little boy who loves fruit and vegetables, dogs, hockey and boxing. Whose favourite band is The Doors, and who has the longest eyelashes in the history of eyelashes.

Somehow, in the last four years, he has gone from this: 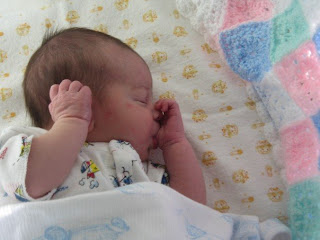 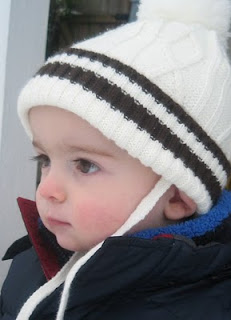 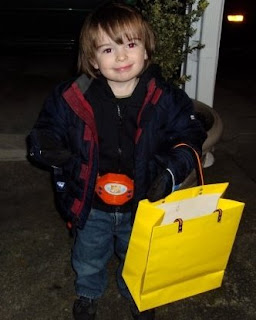 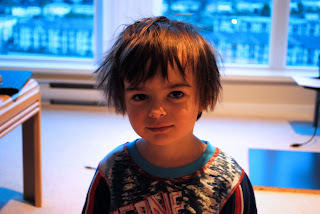 fresh out of bed, very sleepy in the early hours this morning, mid-present opening, and for once not hiding from the camera

Today he's brought Cinnamon Carrot Bread to school to share with his class, and for his party this weekend he's requested a vanilla cake, with cherry icing and a woodchipper on top. Wish me luck!

With that rare bit of sentimentality aside, let me show you some goods: Healthy(ish) Cinnamon Rolls 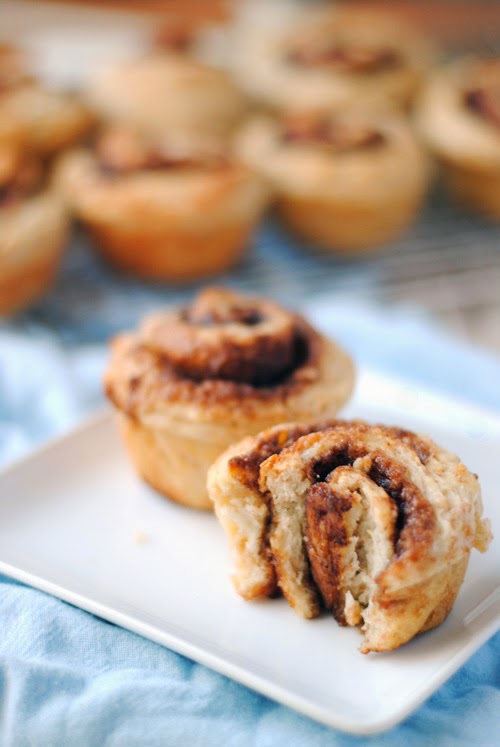 These rolls were a staple in my childhood, and I still remember what a treat it was to wake up and find them for breakfast. They're just healthy enough to be able to call them healthy-ish, yet taste decadent enough to still count as an indulgence. I love having them on-hand for quick breakfast treats, or late night snacks.  And pretty much everything in between. The best part is that they're incredibly quick and easy, and require no rising time. You have no excuse not to bake them. 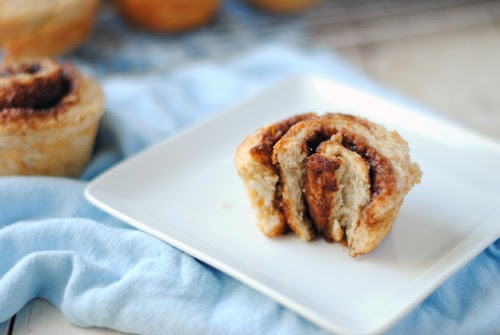 ** recipe and photos have been updated


Cinnamon Rolls Recipe
from my mommy

In a large bowl, stir together the flour, sugar, baking powder, baking soda, and salt. Using a pastry blender or 2 knifes (or your hands, whatever works), cut in butter until mixture resembles coarse crumbs. Stir in yogurt to make a soft, slightly sticky dough.

Combine the sugar and cinnamon for the filling. Brush dough with the melted butter, and sprinkle the sugar mixture evenly on top, leaving about 2 cm border. Brush border with water, and roll the dough as if it were a jelly roll.

Using a serrated knife, cut into 14 or so slices (depending on how thick you want them. I start by halving the dough, then halving those, and so on until the rolls are about 3-4cm thick).

Place into greased muffin tins, and brush with the milk. Bake for 15-20 minutes, or until golden brown.