Chocolate + marshmallows = The most incredible marshmallow brownies ever. 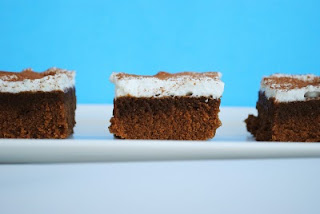 I stumbled upon this idea when I was searching for a low-fat healthy treat to make over the weekend.  It always starts out this way.  I want to bake something, but feel guilty about the fat and sugar content.  So I search for low-fat healthier recipes, then see something so delightfully terrible for me I have to make it. Really, I should just give up the pretense of finding something healthy.  It seems to result in me consuming the opposite.  But regardless of the artery-clogging, ass-widening ingredients of these brownies, they are delicious.  I regret nothing. 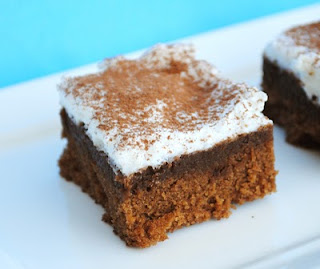 This brownie recipe is similar to my favourite chocolate brownie (thanks, Angela-- still love it!), only it uses less cocoa and an extra egg.  I changed a few things in the recipe, including reducing the amount of sugar.  I also didn't trust the lack of cocoa, since my normal recipe uses 3/4 cup.  So I added 1/2 cup instead of 1/4 cup, but for the most part I went along hoping it would all work out in the end.  It obviously did, and the lesser amount of cocoa amounted to an almost milk chocolate tasting brownie, which was a lovely complement to the sweetness of the marshmallow.  I opted not to add the icing on top, because I found them sweet enough without. (And I didn't have any icing sugar).
When I make these again, I think I'll try them with my usual brownie recipe.  Although I enjoyed them immensely, as far as I'm concerned, the more chocolate the merrier. 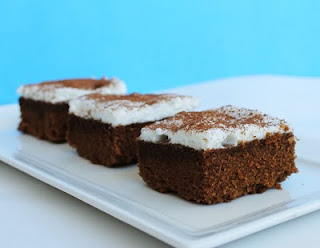