It's that magical time of the semester again where I get so crazy stressed that I start making bad choices. Choices that don't make sense and that are somewhat self-destructive. Like unprotected sex with a sex trade worker. Or marrying a professional athlete. (Although, I'm sure they're practically the same thing)
Today had me sitting on my couch, wasting perfectly good child-free hours trying to decide whether I wanted to go shopping at Winners (bad idea: I have no money, or sense of style) or bake something (somewhat less bad idea: I already have cookies). Since going to Winners meant moving more than 10 feet away from where I was already sitting, I decided to bake. 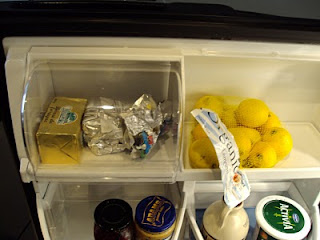 Like any sane person, I have at least 3lbs of butter and a bag of lemons sitting in my fridge on any given Thursday. So I thought that maybe I'd make lemon bars. But then I remembered that I don't have a stand mixer and I'll be f-cked in the ass if I'm going to stand there like a fool mixing shit by hand.
So lemon bars were out.
I started to scour my baking books for ideas but everything involved too much work, or too many ingredients I didn't want to go buy. Then I remembered these brownies that I bookmarked the other day that seemed like minimal effort and minimal ingredients. Well, you know what they say about things that seem too good to be true...
It might be due to my shocking incompetence, but these were a bitch to make.
Okay. So it might be a bad idea to distract yourself with texting and facebook chat while you're boiling sugar, water, and butter. It also might be a bad idea to go to the washroom, then when you come back out, forget you're even baking and start watching TV. 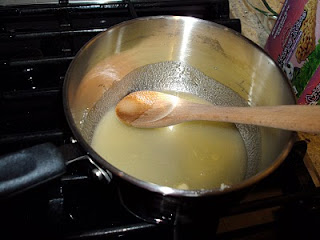 The pot will overboil and the ingredients might burn a little. It's also a bad idea to lick the now really, really hot sugar/butter concoction. But because I love sugar-butter more than pretty much anything, I couldn't resist.
Once I felt I had adequately cooled down the ferociously boiling mixture, I added the chocolate and it clumped up into nothing. 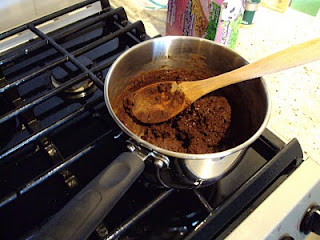 Cue me desperately calling my mom at work to ask her what to do. She asked about the consistancy and I told her it looked like a hard poo. Because it really did. Her solution was to add more butter. And I did. I added almost half a cup extra. (More butter = more delicious). 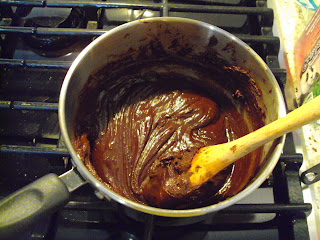 Back to normal.
The rest of the recipe came together pretty smoothly, because there wasn't a whole lot that I could screw up about adding two eggs and some flour. Well, except when I thought it called for 1/2 tbsp of vanilla and decided it would be awesome to double it, but then realized it only called for 1/2 tsp. But vanilla is forgiving; there can never be too much vanilla.
Just a little heads up: If you're greasing your pan (no, that's not a euphemism) and you can't figure out why the butter keeps melting, it's because you're an idiot and put the pan on top of the hot burner. Might want to watch out for that. 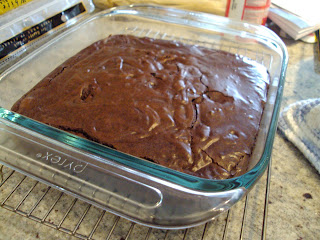 In the end they baked up pretty well, even though I forgot to use an oven mitt when taking them out of the oven. Yeah. 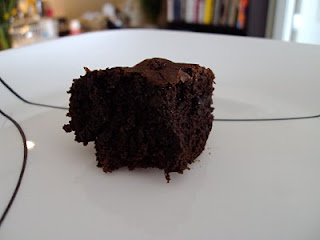 You, sir, are a jerk. A moist, fudgey, really delicious jerk.
Posted by Leanne at 11:11 AM

Email ThisBlogThis!Share to TwitterShare to FacebookShare to Pinterest
Labels: brownies, brownies are jerks, chocolate, complaining, not knowing my limit nor baking within it
Newer Post Older Post Home