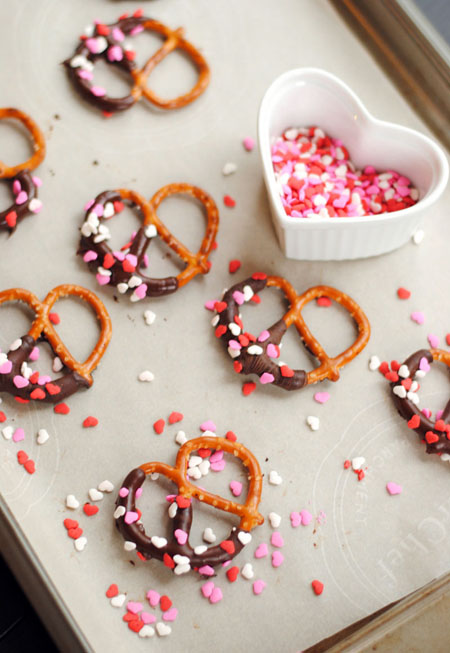 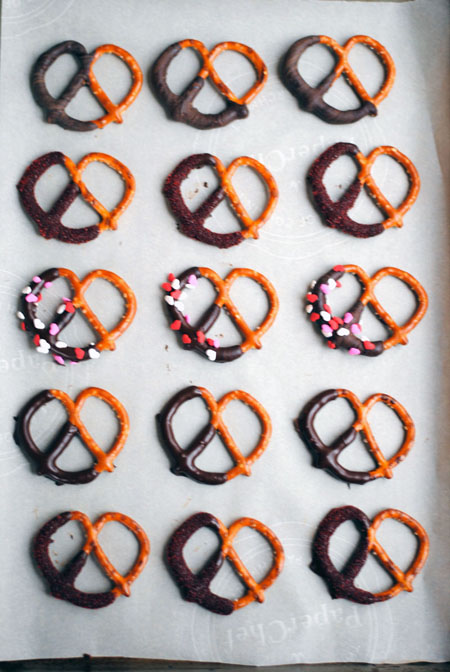 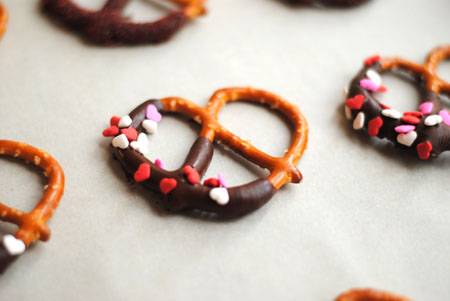 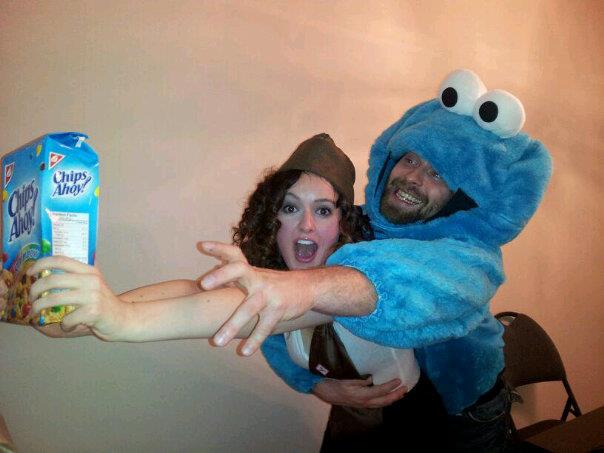 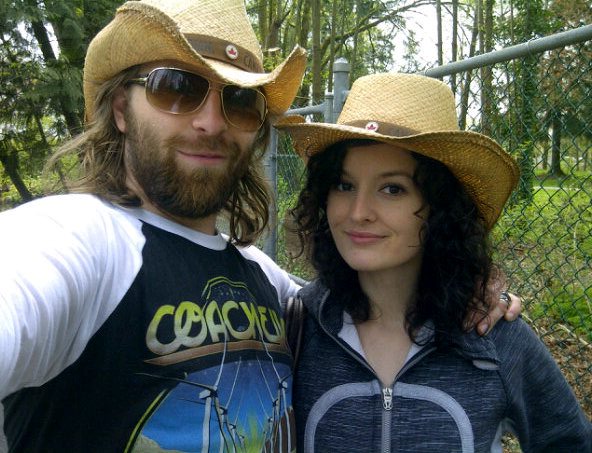 Directions:
Prep by setting a wire rack over parchment or wax paper.

On top of a double boiler (or on half power in the microwave) carefully melt the chocolate chips, stirring until smooth.

Carefully dip half half a pretzel in the chocolate, swirling to coat evenly. Gently tap the pretzel on the side of the bowl to remove excess chocolate. Place on wire rack to cool, and shake on sprinkles of choice.

Repeat until you can no longer eat!