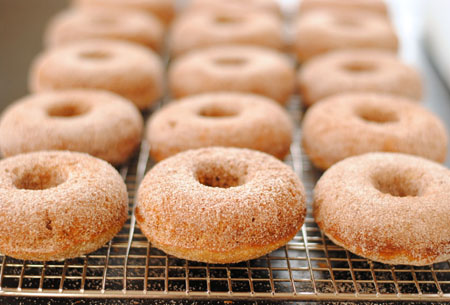 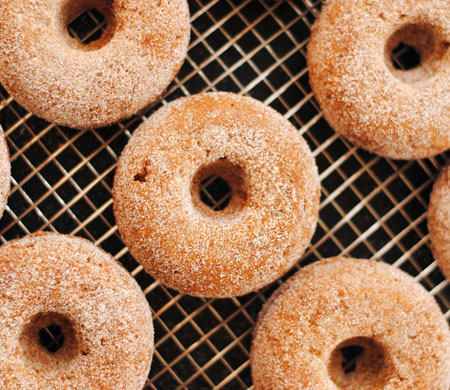 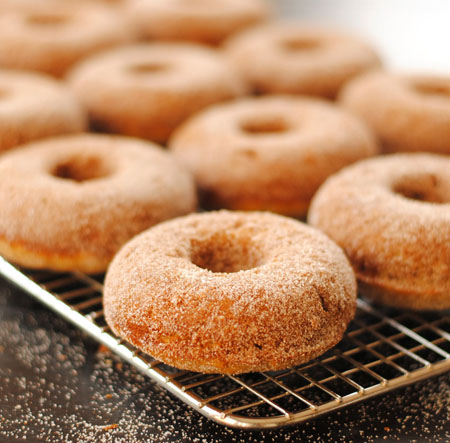 Baked Spiced Apple Doughnuts
adapted from Baked By Rachel
(I doubled the recipe and made about 18 doughnuts, so half would make about 9, depending on your pan)

Directions:
Get prepared by preheating your oven to 375F, and greasing a doughnut pan.

In the bowl of a large stand mixer, combine the milk, eggs, oil, vanilla, and apples, mixing until well combined.

Add the dry ingredients to the wet, and mix until combined. Be careful not to overmix. No one wants a hockey puck instead of a doughnut.

Using a pastry bag with the tip cut off (or a spoon) pour the batter into the doughnut pan, filling it 2/3 full.

Bake for 10-12 minutes, until they’re a light golden brown and spring back when touched.

Let cool on a wire rack, then dip in a bowl of the cinnamon sugar, coating evenly.